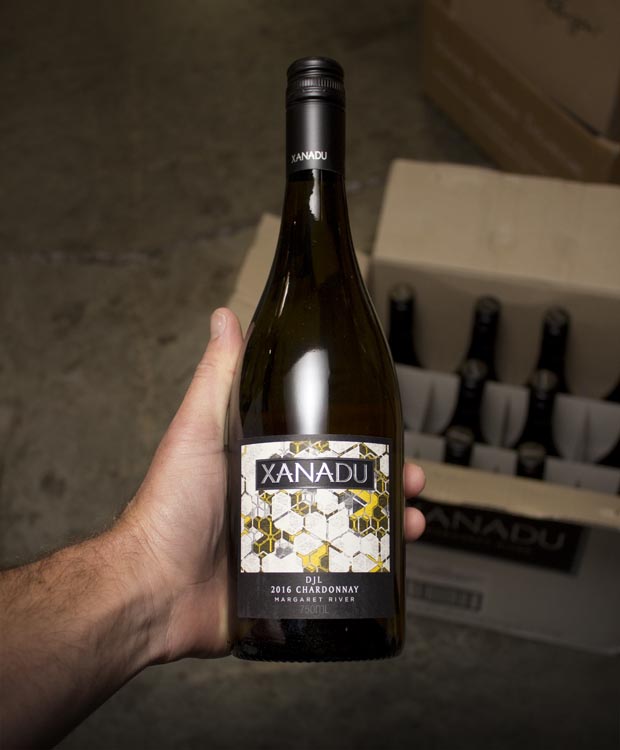 OK, OK. We know, yesterday was INTENSE. C-YA, February! Crazy day!
Oh sorry, you weren’t talking about that? You were mentally trying to understand how we are offering a 96-POINT, $16 Chardonnay? And a blisteringly fresh, racy, cheek-tingling one at that??
*** please grab this quick. We got less than last time… ***
We’re calling out Stacey D., of Napa today, who tells us “anything you guys offer that is white, under $19 and under a screwcap, I’m IN, you never steer me wrong.”  We love you, Stacey this might be the best one yet!!
We offered the 2015 last year and we sold out in hours. Hopefully, assuming you flipped for that one, you’ll get more this time, and if it’s your first --- GET READY. This stuff is AH-MAZING for the money, truly. Crazy, literally mouth-watering (like, salivary glands just squirting all over the place) citrus fruits -- pink grapefruit, juicy lemon/lime, white flowers, crushed stones, lemon zest….seriously RACY and bracing, uber-fresh juice. 96 POINTS??!!
Xanadu is a true pioneer of the region with a long history of producing wines with distinct character that embody all that is the Margaret River. Xanadu was established by Dr John Lagan, an Irishman, who arrived in Margaret River in 1968 and was inspired by the pioneering spirit of the region. These excellent wines are just being discovered in the U.S.A., and we are pumped to be one of the VERY FIRST to bring them in!!
An INCREDIBLE buy to drink all summer (can’t come fast enough, right??)! WILL GO FAST!
The bouquet of this elegant yet powerful Chardonnay offers fresh pears, nectarine, and citrus fruits with underlying hints of nougat, beeswax and Frangipani flowers. The palate is medium-full bodied and tightly coiled, displaying pears, white fleshed stone fruits and zesty lemony/grapefruit flavours. The wine offers a fine boned quartz-like structure complimented by a lovely creamy/marshmallow texture derived from lees stirring. Taut, yet opulent, the intense fruit and bright acidity combine to focus the wine perfectly to a crisp, lingering fruit finish.

Country: Australia
Region: Margaret River
Varietal: Chardonnay (100%)
Winemaker: Darren Rathbone, Glenn Goodall and Brendan Carr
Aging/Cooperage: Made predominantly from Gingin clone Chardonnay which was whole bunch pressed followed by 100% barrel fermentation in select French oak (25% new oak). Wild fermentation was encouraged on all of the components, in order to introduce more complexity and personality into the wine. All the individual batches which make up the blend were lees stirred throughout a nine-month oak maturation period, without any malolactic fermentation.
Alcohol: 13%
PH: 3.22
TA: 7.9g/100mLs

Situated only four kilometres from the town centre of Margaret River and an equal distance from the magnificent coastline, Xanadu is a true pioneer of the region with a long history of producing wines with distinct character that embody all that is the Margaret River. Xanadu was established by Dr John Lagan, an Irishman, who arrived in Margaret River in 1968 and was inspired by the pioneering spirit of the region. At the time, the potential of Margaret River as one of the world’s finest wine-producing regions was only just being considered. So less than a decade on, Dr Lagan with his wife Eithne established one of the region’s earlier vineyards, planting his first vines in 1977. Lovers of literature will remember Xanadu as Samuel Coleridge’s mysterious, idyllic, exotic city; home of Kubla Khan. Dr Lagan, himself a great literature enthusiast, drew parallels between Coleridge’s visions of utopia and his newly adopted home, and thus the name Xanadu was born. True to its poetic namesake, Xanadu is in an idyllic setting where the now 65 hectares of vines on the original estate flourish in the rich, free draining gravel soils of the Margaret River region. In this unique maritime climate enjoys an abundant supply of water and is sheltered by forests of magnificent marri trees.

The clear direction under Rathbone ownership was to focus on quality. Winemaker Glenn Goodall joined Xanadu in 1999 and took on the role of Senior Winemaker in early 2005. His passion and dedication for the vineyards and the wines, and a commitment to encouraging a strong team spirit, has allowed Xanadu to thrive. Glenn considers his role is often more about being the custodian of the vineyards, and what the individual sites have to offer. His philosophy is to guide the wines through to the bottle, rather than ‘beating them into submission’. Xanadu continues to be a family owned and operated winery dedicated to producing wines of quality and distinction that reflect the true characteristics of the Margaret River region. This has been highlighted by the numerous trophies and accolades Xanadu has been awarded, including James Halliday’s Wine of the Year in 2014.  In 2017 our 2105 Reserve Chardonnay was awarded the Six Nations Trophy for Best Wine of Show, Best White Wine and Best Chardonnay and in 2018 we were the very proud recipients of the Jimmy Watson Memorial Trophy for our 2016 Cabernet Sauvignon.